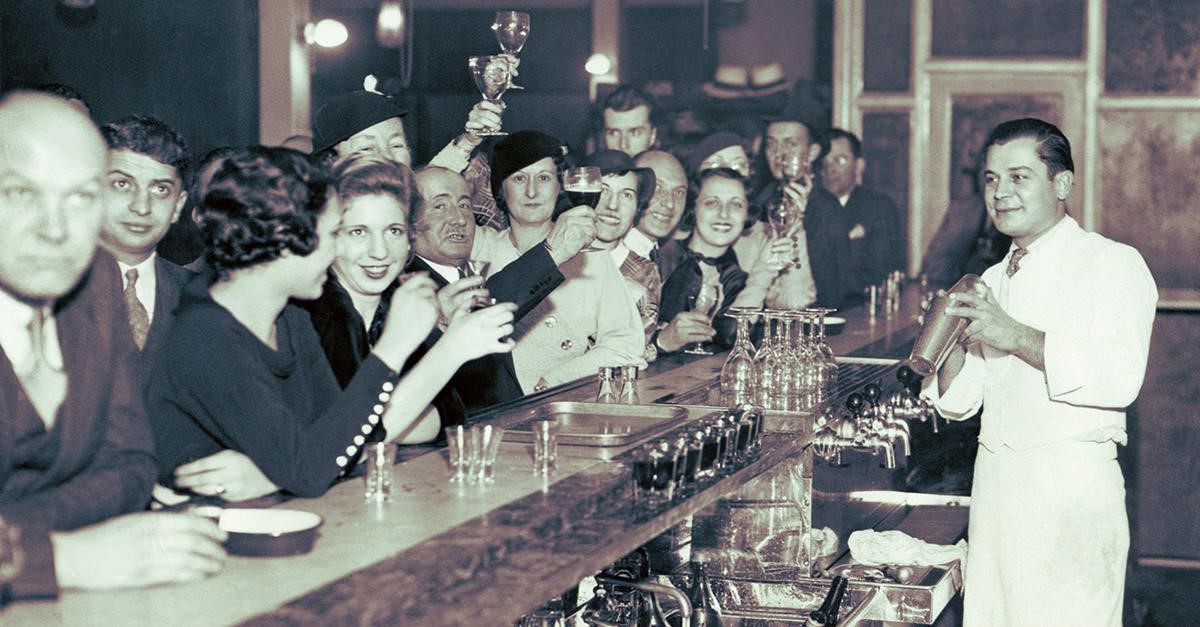 cocktail history – They might look right at the top of a glass, but a tiny paper umbrella and a twist of orange peel do not a cocktail make. Nor does juice or soda when added to a shot of rum orvodka (if we’re going to get really technical,  these aren’t “cocktails” at all). So what exactly makes a cocktail? A few things—mainly spirits, water, sugar, and bitters. But also a lot of history.  Jozibars mobile bar services has the low down on the history of cocktail bars.

cocktail history – Cocktails are traditionally  thought  of as an American innovation,  but they were actually atleast partly inspired by British punches—big bowls of spirits mixed  with fruit  juice, spices, and other flavours,  consumed in punch houses in the 18th century. Cocktail bars only came into existence in the late 19t h century.

The term cocktail was even first seen in a British newspaper printed March of 1798. But the term wasn’t really defined as we know it until 1806, when The Balance and Columbian Repository of Hudson, New York, pinned the cocktail down to what we follow  today:“a stimulating liquor composed of any kind of sugar, water and bitters, vulgarly called abittered sling.” (The sling had actually predated the cocktail, basically the same thing made without  bitters.) – Jozibars cocktail bar services offers an array of bitters style cocktails.

“Stimulating” has always been a basic prime goal of cocktails, but the true art of bartending evolved thanks especially to one guy—Jerry Thomas.  Jerry, aka “Professor” Thomas, a Connecticut-born,  prolific  American bartender who worked all over America and Europe and wrote one of the first comprehensive  recipe books—The Bartender’s Guide (or How to Mix Drinks), basically an encyclopaedia  of mixed drinks that became a standard-bearer forbartenders.

cocktail history – Not that Thomas and his peers were working in a vacuum.  Increasing travel and steps toward industrialization helped, as did innovations  toward one key ingredient in cocktail culture: ice. Imagine  going to a bar and getting everything from a Mint Julep to a Martini atdull room temperature.

We don’t have to, thanks to a guy crazy enough to dream up an ice exporting business at a time.

The fastest delivery system was a ship and most ports weren’t equipped to store whatever ice didn’t melt in transit. That didn’t deter Frederic “Ice King” Tudor,who kept trying and failing at hauling ice from colder climes to warmer ports. The venture finally succeed.  With ice more available  around the U.S. and internationally,  the possibilities  for cocktails—and  cocktail bar consumption— exploded.

But then a little  thing called Prohibition put a slight  damper on cocktail consumption (and gave a big boost to organized  crime). Even after it was repealed, many of our most talented bartenders had already found new homes abroad.

In a sense, World Wars (and increased tourism)  were a slight  saving grace for cocktail culture, with exposure to the Pacific theater and its Polynesian culture.

Introducing us to the kitsch and copious rums of what became our corrupted Tiki culture. Ernest Raymond Beaumont  Gantt’s adopted Don the Beachcomber persona became an iconic  Hollywood  restaurant and Polynesian hot spot,while  Victor Bergereon (aka “Trader Vic”) opened a self-named  competing Tiki spot in San Francisco in the 1930s. mobile  bars and cocktail bars are a well-established  industry.

Due to high demand and cocktail bars culture, the Attention to Tiki gave way to attention to other cocktail cultures.

By the mid-20th  century, cocktail culture  was on a slight

Only to take a step back as the drug cultures  of the 60s and 70s strutted forward.

It wasn’t until the 90s or thereabouts that a modest but ambitious group of bartenders, led by people like Dale Degroff. New York’s famous Rainbow Room began reviving the classic cocktail culture of Thomas’s time, bringing historical  values and strict quality standards.

Back to a craft that had devolved into sour mix, pre-fab bottled cocktails like The Pink Squirrel,  and shooters like the Training Bra. (The decades that followed  Degroff saw what became a “mixology” renaissance.)

A wide array of bars have spawned from this humble beginning.

Leaving room for interpretation  and adjusting  the flavor’s  to suite all.

Classic and even historical cocktails might  be more readily available, but many of the drinks.

found in The Bartender’s Guide probably won’t make their way to bar menus anytime soon. —Which is a shame, because they have fun names like Brandy Crusta and Port Wine Sangaree.

So while you may not be able to order a Duke Norfolk Punch, (brandy, wine, milk, sugar) at most bars.

You may be able to get a decent Milk Punch or even (if you’re really lucky) watch a really skilled  bartender pour liquid  fire for Professor Thomas’s signature. (Because liquid  fire never goes out of style.) – For all mobile  bar services and cocktail bar needs. Contact us and let us know how you want your cocktail served.

© 2022 Jozi Bars Mobile bar services. Made with ♡ by CloudCard